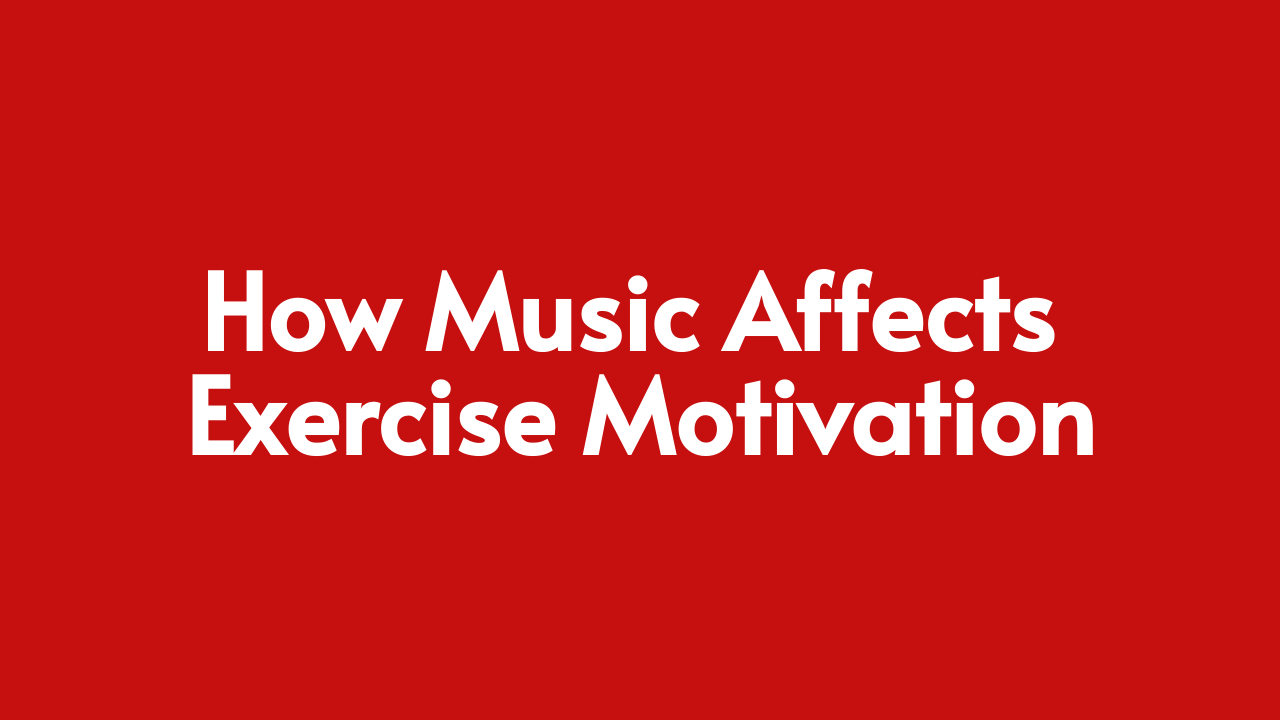 How Does Music Affect Your Workout?

Have you ever thought about how music motivates and inspires you to exercise? Do you get pumped up when your favorite song comes on during a group exercise class? Do you think yoga music helps you relax? These are just a few examples of how music influences exercise and your motivation to move.

Most gym goers always bring a water bottle, a towel, appropriate shoes, and headphones with them when they go to work out. Many gym goers consider their headphones to be the most important part of their workout. They might not even exercise if they didn’t have them. In fact, according to a 2014 survey, two out of every three people cut their workout short or skipped it entirely if they didn’t have their headphones with them.

As you can see, music is an important part of the majority of people’s fitness routines. If someone forgets their water bottle, they will most likely continue with their workout; however, if they forget their headphones, they will turn around immediately, grab them, and then resume their workout. People place a high value on music. That, however, could be a good thing.

While it is entertaining and exciting, it also has a significant impact on your workout. According to studies, it has the potential to improve your workout. That’s correct! You can improve your gym performance simply by listening to music! Even if you don’t have your own headphones, most gyms have their own music playing throughout the facility.

A growing body of research indicates that music has a direct impact on exercise motivation. Here are four ways that music influences movement.

Music, like fatigue, can help you overcome pain. It acts as a distractor, distracting you not only from fatigue but also from pain. Not only that, but it also assists you in locating pain relief. As previously stated, listening to music causes your body’s natural mood-enhancing hormones and opioids to be released. These hormones not only improve your mood, but they can also relieve pain.

These hormones increase your pain tolerance, allowing you to push yourself further during your workout. When you interact with music (for example, by synchronizing your movements to the beat), you increase opioid signals, which increases the opioid’s pain-relieving properties.

Altering the mind’s arousal state with music will result in increased exercise performance, as if the music is ‘psyching’ one up to perform exercise better. Additional research has revealed that auditory neurons have direct connections to motor neurons. In other words, your brain and body will react regardless of what you hear.

One of the most important advantages of music (not just when exercising) is that it improves your mood. Listening to music causes the body’s feel-good hormones to be released (such as dopamine, oxytocin, and more). It also lowers cortisol levels (the stress hormone in your body). As these levels fall, so will your stress. It enables you to let go of negative thoughts and move into a more positive frame of mind.

Working out while listening to music is an excellent way to improve your mood because it also improves your mood by releasing the same feel-good hormones.

Exercising to music, such as moving to the beat of the music during a group fitness class, can improve motor and movement coordination. People often experience a boost in self-confidence when their bodies are in sync with music, which creates a positive association with exercise.

Some of the byproduct molecules of high-level exercise, such as acidosis and elevated hormones (which contribute to fatigue), may be dampened by music, thus enhancing performance.

Several studies have found that listening to music can improve athletic performance by increasing the distance you run, the speed at which you travel, or the number of reps you complete.

The University of Toronto conducted a study on 34 cardiac rehabilitation patients who followed prescribed exercise regimens. Researchers divided them into three groups: those who did not listen to music, those who listened to personalized playlists, and those who listened to playlists designed specifically to improve tempo-pace synchronization with rhythmic auditory stimulation (RAS). While the group listening to RAS music did not feel like they were expending much energy, their endurance, intensity, and duration of workouts all increased when compared to the other two groups.

Another study discovered that people who listened to music on the treadmill increased their pace and distance traveled without becoming tired.

Synchronizing with the Beat

Various studies have shown that certain tempos result in peak performance in certain exercises. A 2011 study, for example, discovered that the ideal tempo for cycling (determined by measuring intensity through heart rate) is between 125 and 140 bpm. A similar study in 2014 looked for the best bpm to listen to while on the treadmill and discovered that music between 123 and 131 bpm resulted in the best performance.

The ideal tempo for maximum results, according to experts, is 120 to 140 bpm. Low-tempo music, on the other hand, works best for slower and more relaxed activities (such as yoga).

What You Should Know About Music and Physical Activity?

The two most important factors that influence exercise intensity are speed and tempo. It is best to begin your warm-up with a slower song (120 to 126 bpm) and gradually increase the speed based on the type of exercise you will be performing. Choose music with a tempo ranging from 128 to 135 beats per minute for weight lifting and general cardio. Choose music with a tempo of less than 100 beats per minute for relaxation.

There is a distinction to be made between fatigue and pain. Although music can be distracting, it is critical to pay attention to your body. Sharp, stabbing, shooting, or “hitting the wall” exhaustion is not ideal and should be avoided at all costs. If the pain persists, consult a medical professional.

Overall, being inspired makes it easier to exercise and stay motivated. Music has a huge influence on movement, from improving performance to increasing the intensity of your workout. So, what songs are on your workout playlist?

How to Do Sit-Ups at Home?

Which Are The Worst Foods For Belly Fat?

What is Muscle Memory? How does it Work?