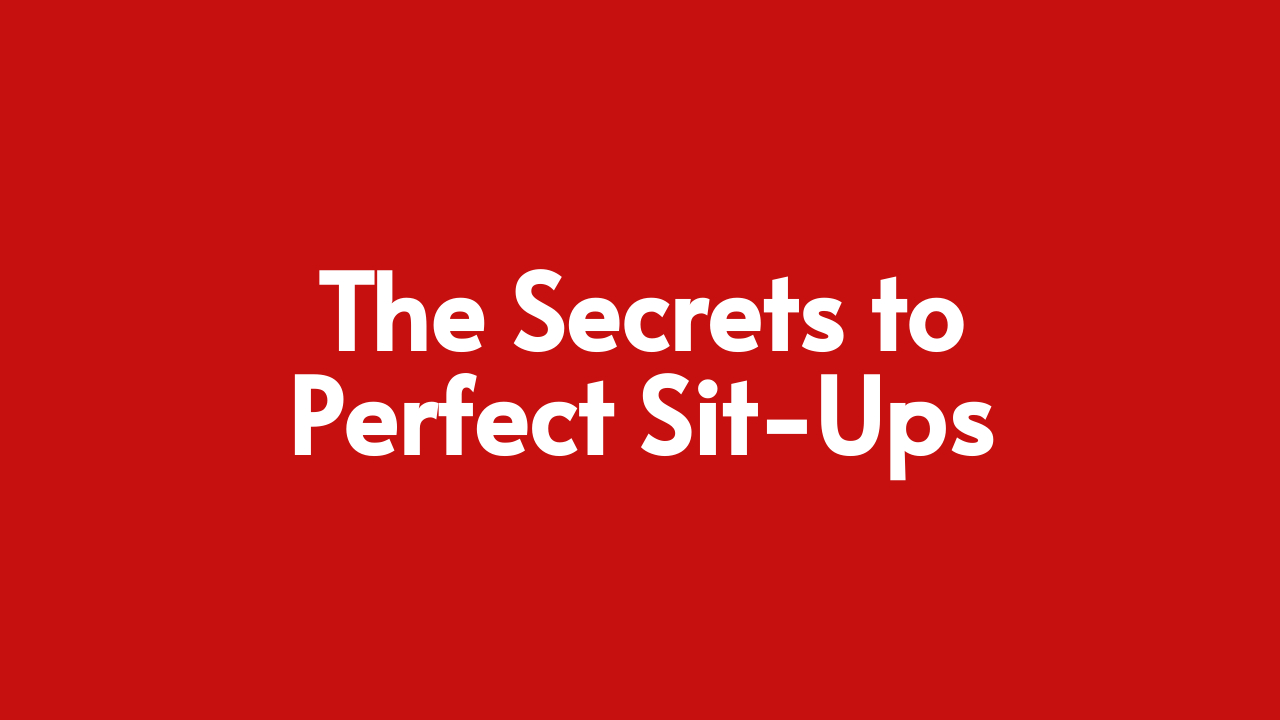 The sit-up may appear simple, but the same old ones you’ve been doing for years can provide a lot more toning. James Brewer, California-based personal trainer and YouTube fitness coach, is here to guide you.

James Brewer is known as the sit-up guy for his innovations. He is the founder of reps-2-beat training program, one of the most comprehensive programs for stronger core. His breakthrough innovation AbMax 300 is one of the most successful sit-up devices.

Begin with the Abdominal Activation

Consider it similar to stretching before a run: you’re preparing your muscles for a workout. You don’t even have to do much. Taking a few deep breaths can be beneficial. Coughing can also be used to wake up the abs. This procedure can also relieve back strain, resulting in the cleanest, most effective sit-up.

You want to maximize the amount of time your muscles are tense for the best toning results. Try taking three to four seconds to get upright, one second to hold that position, and three seconds to descend. That amounts to seven to eight seconds of tense time. (This is equivalent to a seven- or eight-second “rep” in the gym.)

If you take seven to eight seconds per rep (as we just told you), you’ll have plenty of time to inhale on the way down and exhale on the way up. Concentrate on this breathing pattern to help you maintain your optimal time under stress.

Many men lift up by instinctively pushing their necks forward, drawing their torsos up from the top rather than from their abs. In other words, your gut doesn’t get as much of a workout. Maintain a neutral cervical spine by pulling your chin in toward your neck. Lift with your core and you will no longer cheat.

Find a Comfortable Place for Your Hands

Some people require their hands to be locked behind their heads in order to maintain proper neck position; this also results in more resistance and a more effective sit-up. Others may find this unnatural, but if you can keep your neck packed and prefer to cross your hands over your chest, feel free.

Roll your back into a flat position on the ground…

…and then return to the starting position after each rep. This is a good way to ensure that you’ve completed the entire sit-up motion. The brief pause serves as a cue to begin exhaling as you rise into the next sit-up.

Instead of bending your knees so sharply, try extending them like this guy. You’ll have a greater range of motion, which means more time under tension, more stomach work, and far better results.

If you do sit-ups with your hands behind your head and your elbows fanned out, resist the urge to pull them in toward your knees as you rise. Bringing them in pulls the neck forward, which is, as you now know, cheating.

Place your buttocks beneath you

When sitting on the floor, make sure the majority of your glutes are tucked downward rather than tilted upward. Because you won’t have that extra padding in the way, you’ll be able to control the rolling of each sit-up better.

Isometric strength training requires you to hold a position rather than moving through a dynamic range of motion; it strengthens the core muscles required for a perfect sit-up. Begin with your feet just off the ground and hold that position for 10 to 40 seconds. Then move up a quarter of the way and hold for the same amount of time. Repeat twice more, drawing yourself up a few inches each time. Bower recommends starting with 10-second sets because this can be quite intense.

Is It Safe to Do Sit-Ups or Crunches While Pregnant?